If last summer you vowed to never spend another scorcher without a backyard pool to help you tolerate the Texas heat, make good on your promise and call David Perry of Perry Pools and Spas.  David founded Perry Pools 17 years ago with a unique resume that included 17 years plumbing and structural steelwork as a subcontractor.  Because our area is known for having one of the most expansive soils in the nation, it’s imperative your pool company knows what they’re doing.  David Perry does!  That’s why Perry Pools has earned so many awards, including: 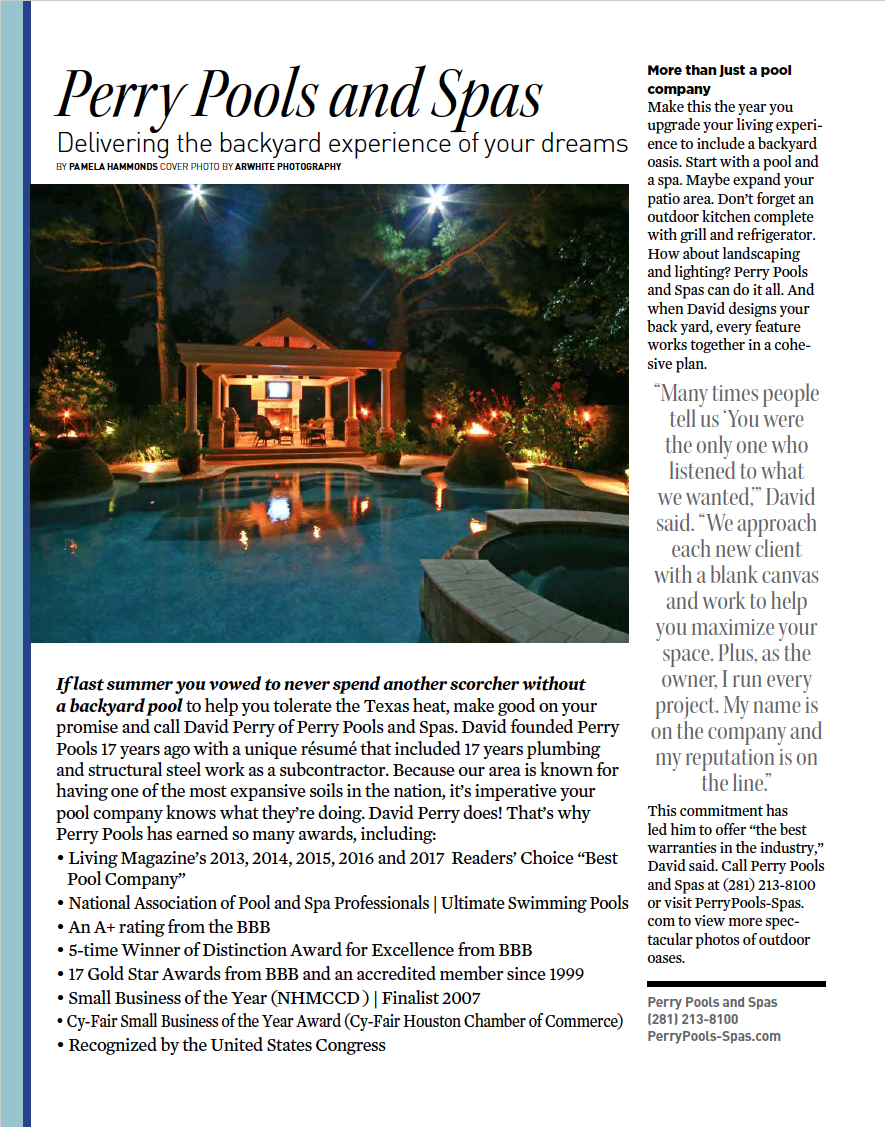 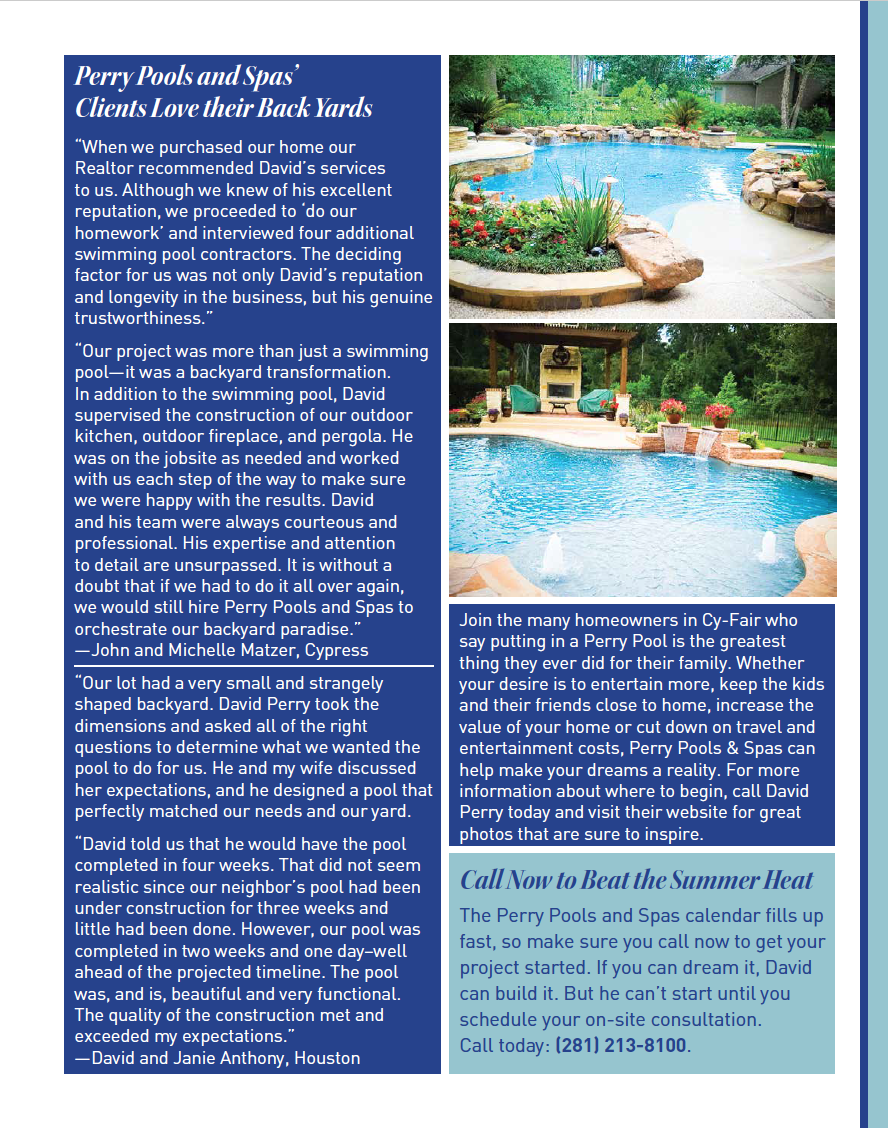